On the morning of the 14th, as I admired the Asiatic Lillies blooming around me I felt so happy.
These were from bulbs bought last year and I wasn't sure they would bloom. The shoots had shown up very late and I expected the Delhi heat to get them before they would bloom. The ones from fresh bulbs bought this year had bloomed and faded away more than a month ago.
Every morning I would look at the buds expectantly. And then, they bloomed and I was sooo happy! 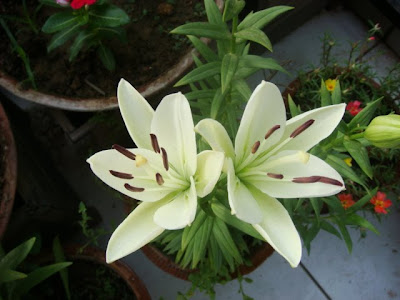 They were exquisite and I was thrilled... 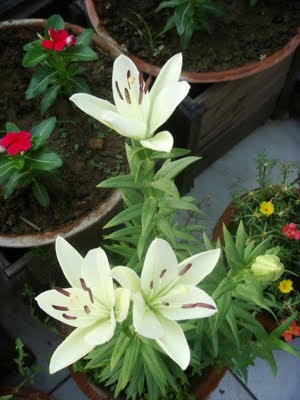 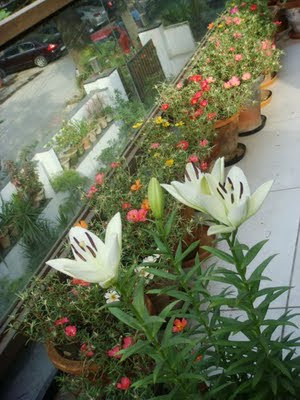 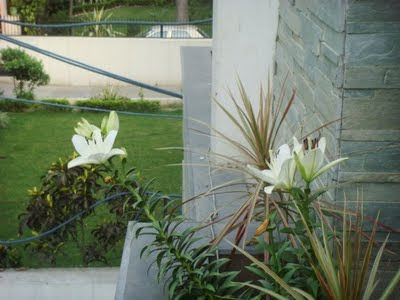 But my happiness was shortlived. That evening a group of monkeys raided my balcony and pulled off each and every bloom. They did not spare even a single Lilly. There were so many buds waiting to bloom but they snapped off the top of each stem mercilessly. I was aghast at the way they targeted the Lillies. It made no sense to me. 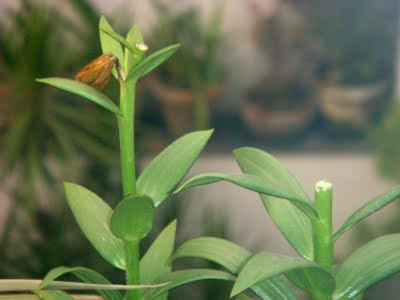 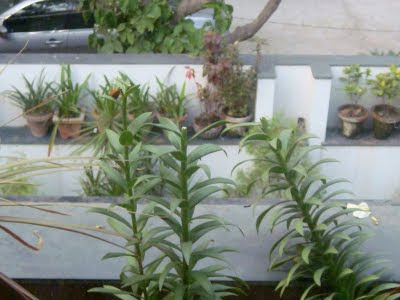 I tried desperately to scare them away from inside the glass door of the balcony. But they were aggressive and charged towards us, leaping at the glass and hitting it. There were three of them running up and down the balcony and the adjoining planter. The monkeys were not in the least bit scared of us. So I just gave up and watched them helplessly while they mauled my Lillies. 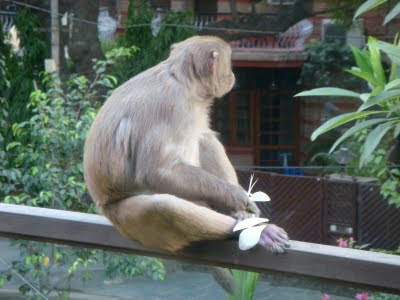 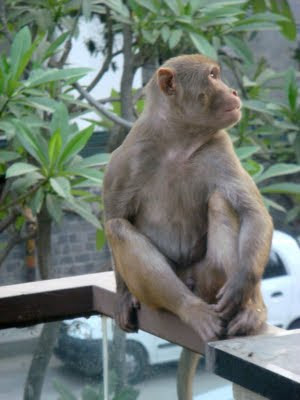 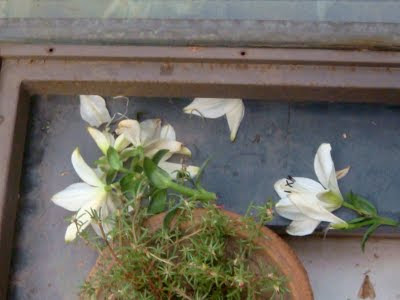 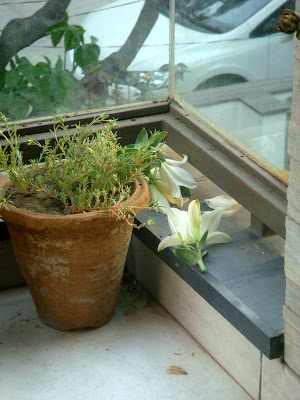 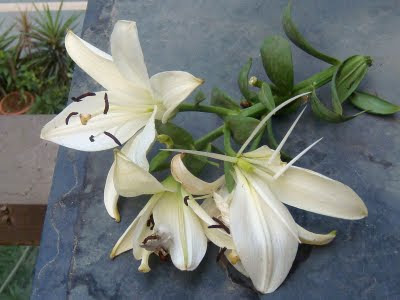 It was just horrible. I took these pictures when it was all over. Not what I had envisaged for the GBBD post.
Posted by Sujata at 8:37 PM 9 comments:

I think I have killed it!

About a month ago I bought this beautiful coleus from a nursery. Its leaves were ruffled with serrated edges and a beautiful bright yellow green color. I loved it immediately and kept it on the sunny edge of my balcony. I thought it loved it there... 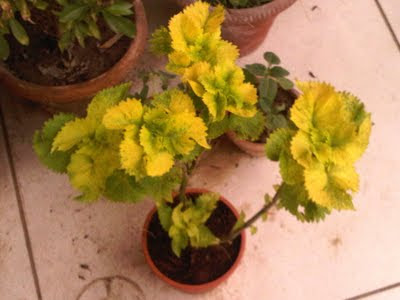 Until one day last week when I noticed that its leaves had burned. Delhi in summers gets very hot and the temperatures here are already touching 42 C/108 F and the tiled floor of my balcony gets very hot too. I guess it got too hot for it. I am surprised it happened so fast that I did not notice it . I wish I had kept it in the shade. 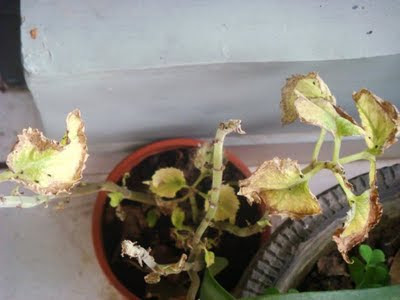 And this is what it is looking like now. Though the little leaves at the bottom give me hope I am not sure it will survive... 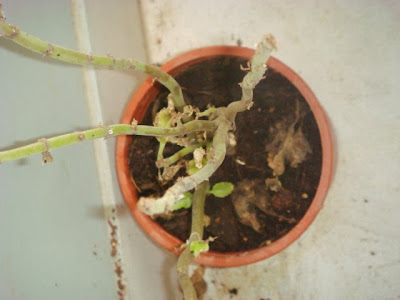 The Oriental Lilies are blooming.. 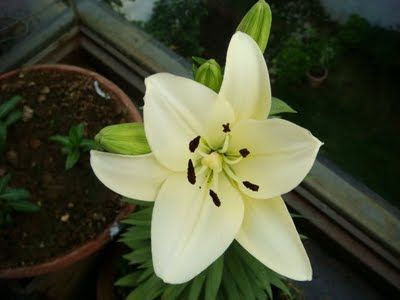 Thanks to the team at Wordless Wednesday!
Posted by Sujata at 8:56 AM 8 comments: 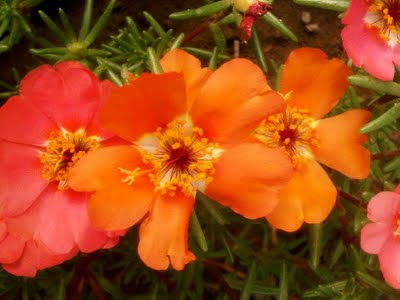 The Portulacas are blooming vigorously and I now have a whole row of pots lining my balcony. 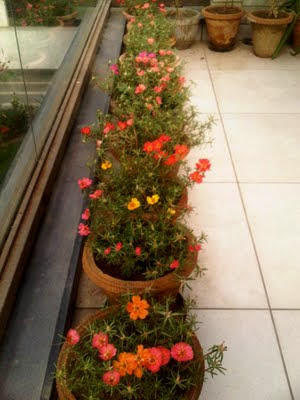 Their brilliant colors are enough to brighten one's day! 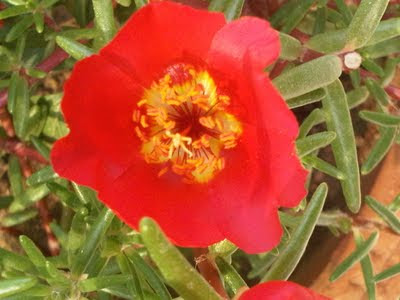 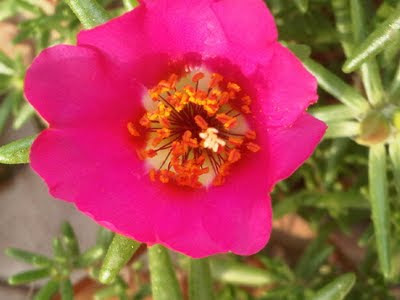 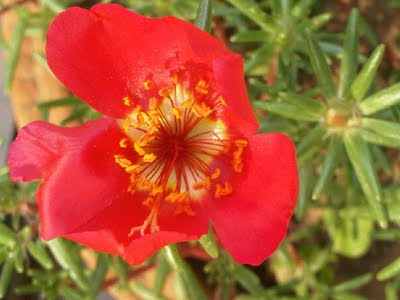 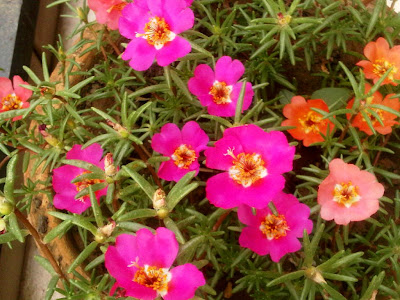 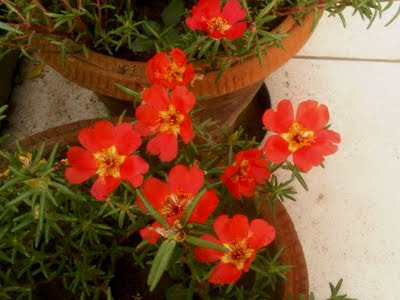 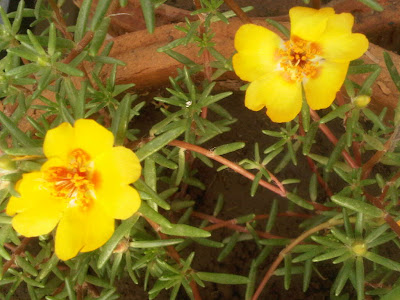 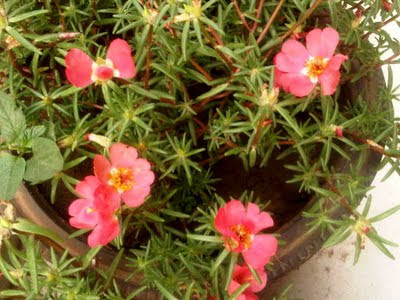 My thanks to the team at Today's Flowers for hosting this wonderful event.
Posted by Sujata at 12:19 AM 8 comments: