Dahlias in a Springtime garden!

I just love the giant Dahlia in my mother's garden when it is Spring. 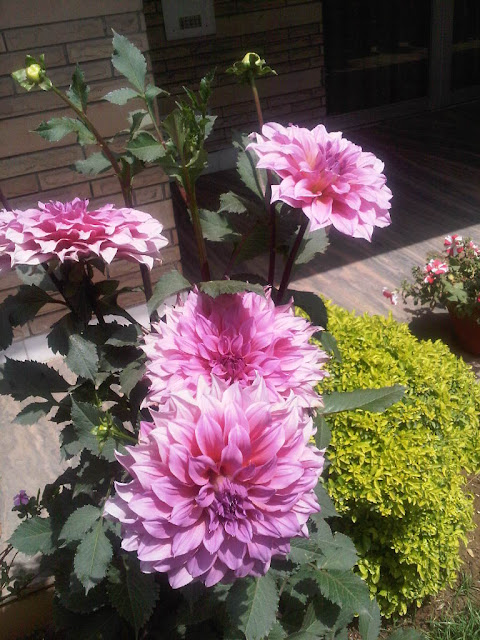 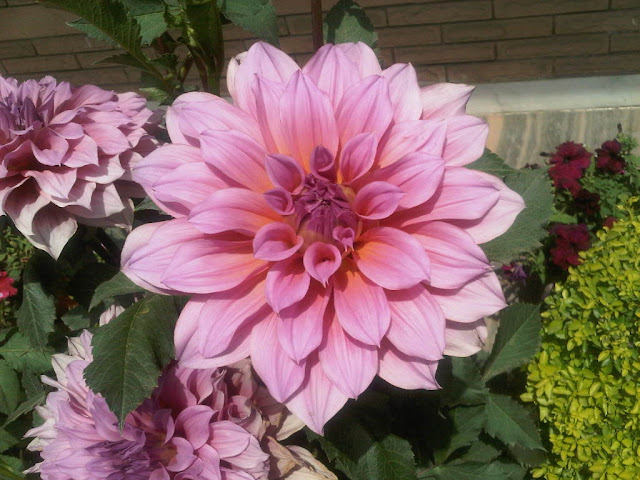 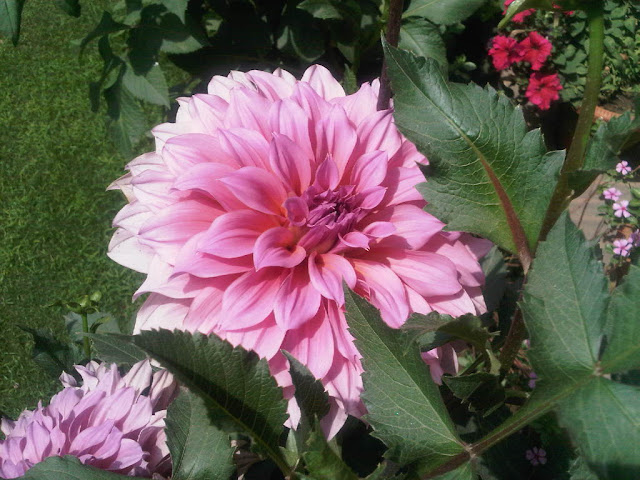 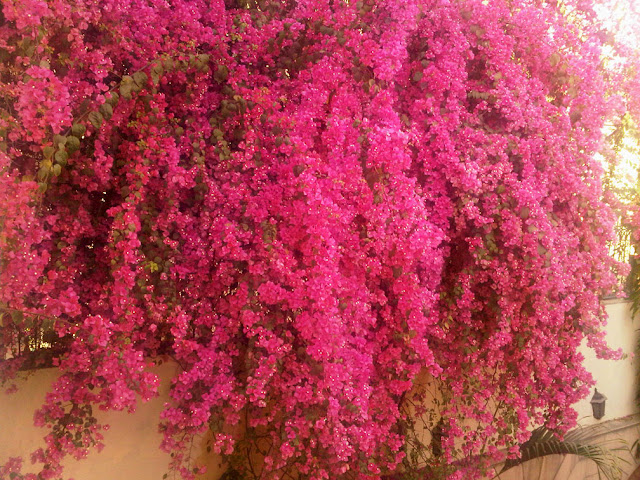 Thanks to the team at Wordless Wedenesday
Posted by Sujata at 6:59 AM 14 comments:

Orange you glad it is Spring?!

Springtime is just so beautiful.... 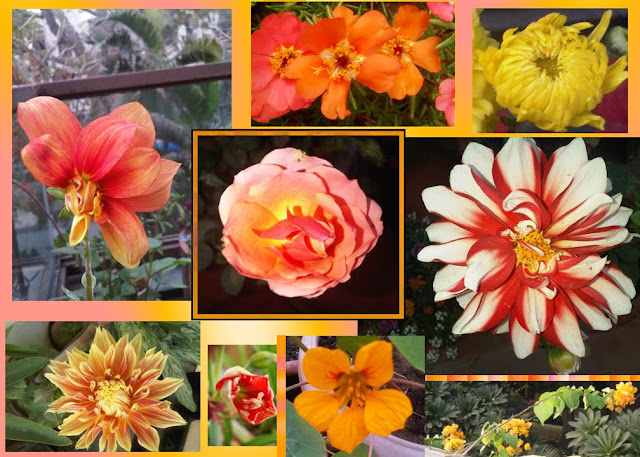 Thanks to Little Red House for Mosaic Monday.

Well i've been lazy again and haven't posted in a long time. Meanwhile the Dahlias have been blooming. 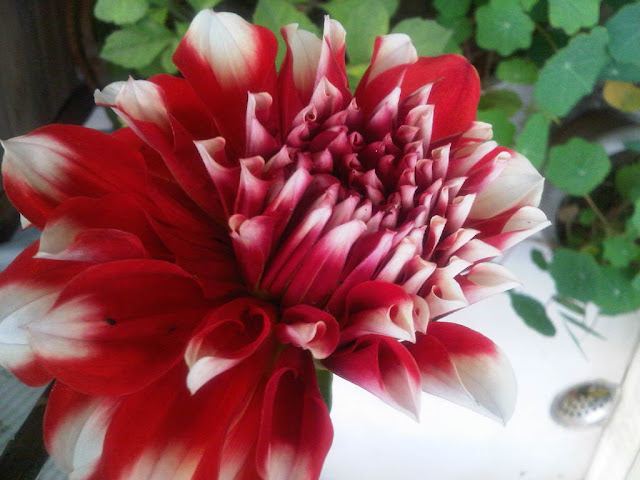 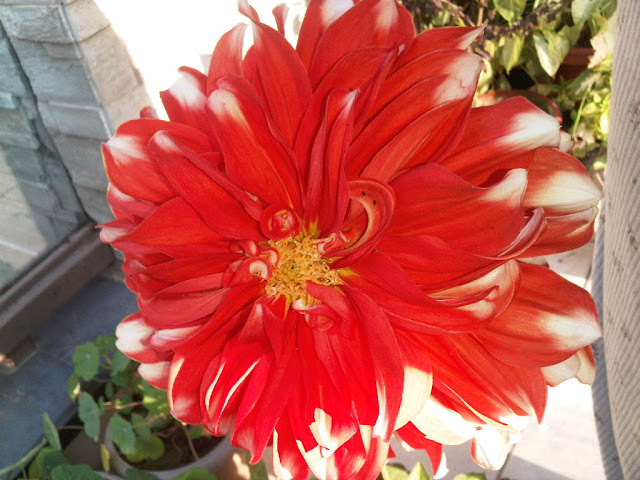 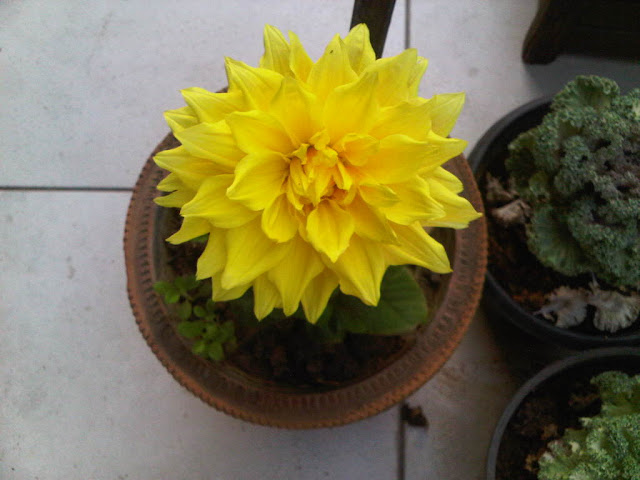 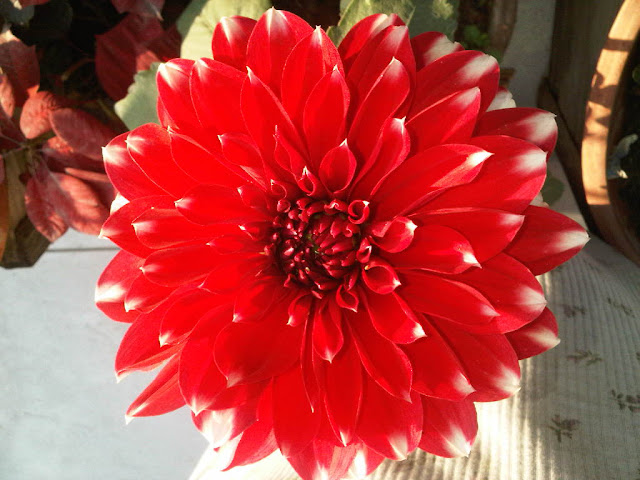 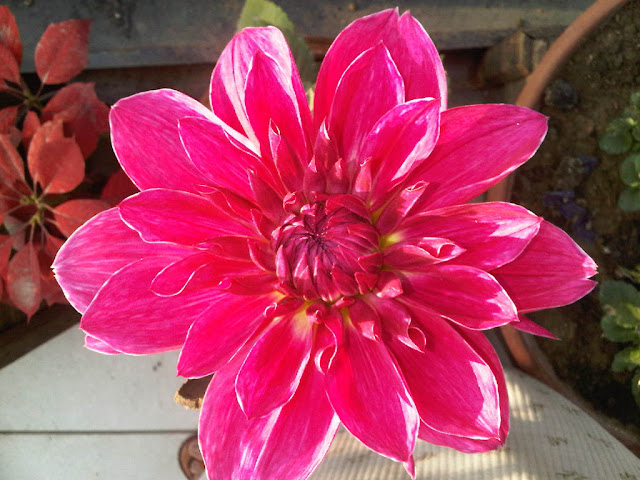 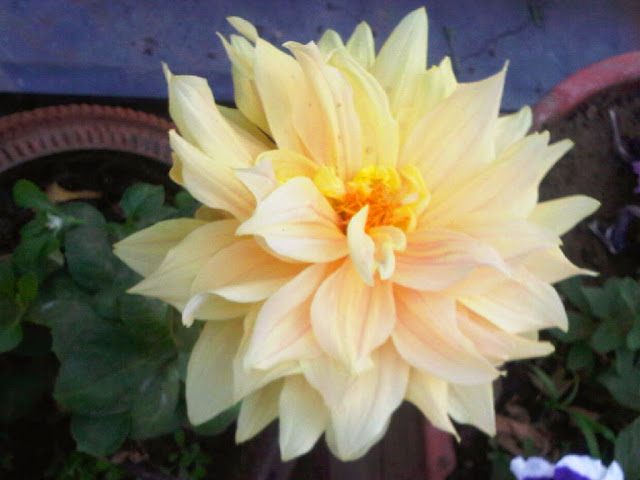 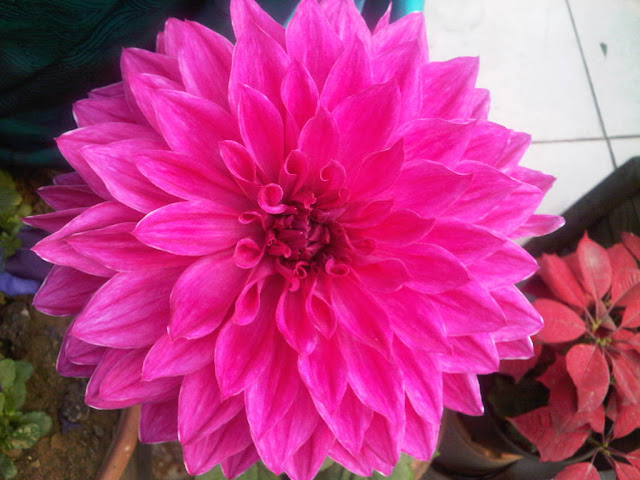 Even though I had some beautiful blooms, I have to admit that quite a few of the plants did not bloom. In fact maybe half of them did not. I had planted quite a few seedlings which seemed to be coming along quite well. I have absolutely no idea why they did not form buds and flower. 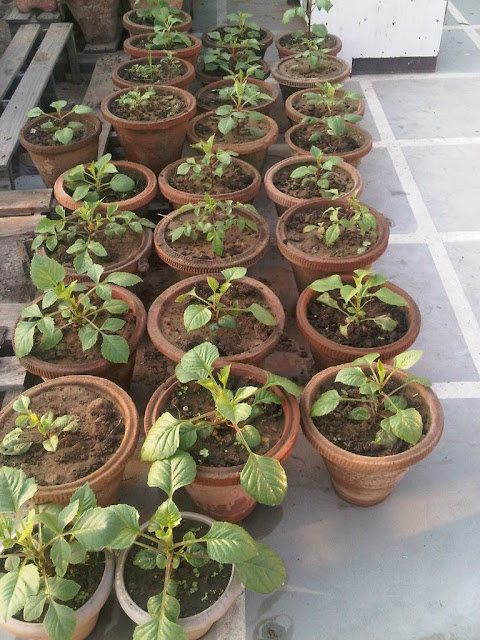 And I had another monkey raid. The monkeys seem to go after the big flowers in particular. They sit on the balcony railing, pull them off, smell them, taste them and then throw them away. And they dont spare the buds either. Its extremely depressing. Last year they did that to my Asiaitic Lillies and I did not have the heart to plant any new Lilly bulbs this time. 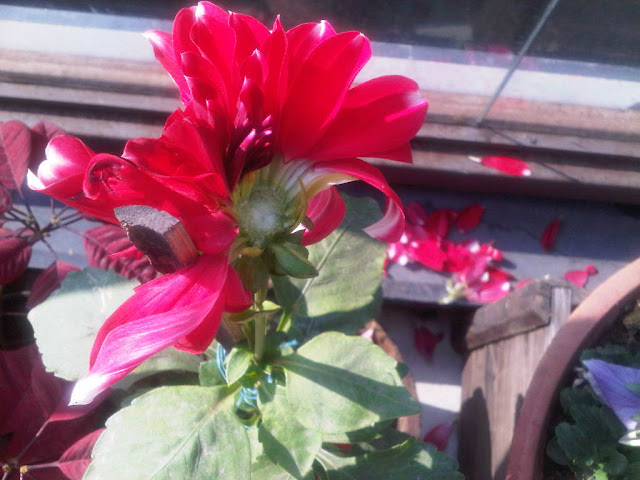 After the monkey raid, I moved all the Dahlia pots from the balcony at the front of my house (below) to a smaller balcony adjoining my bedroom. 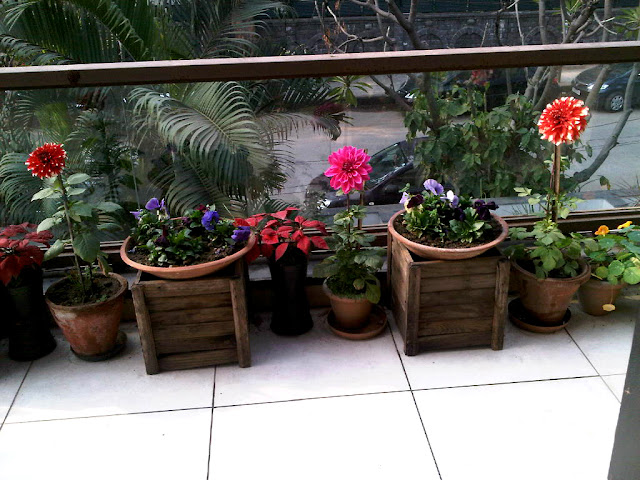 This balcony (below) is towards the rear of the house so its not as easy to spot the flowers. 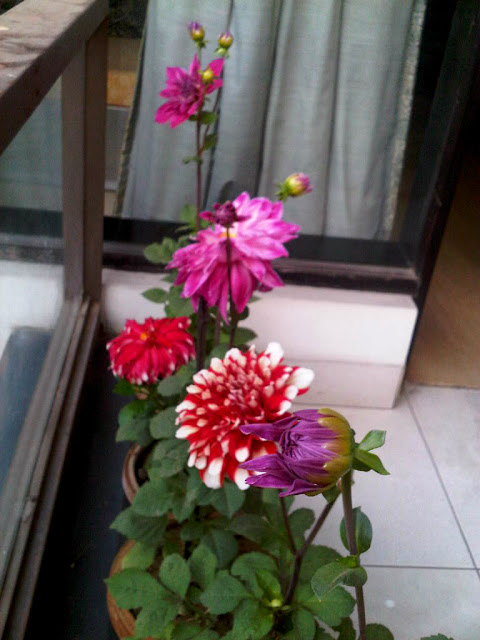 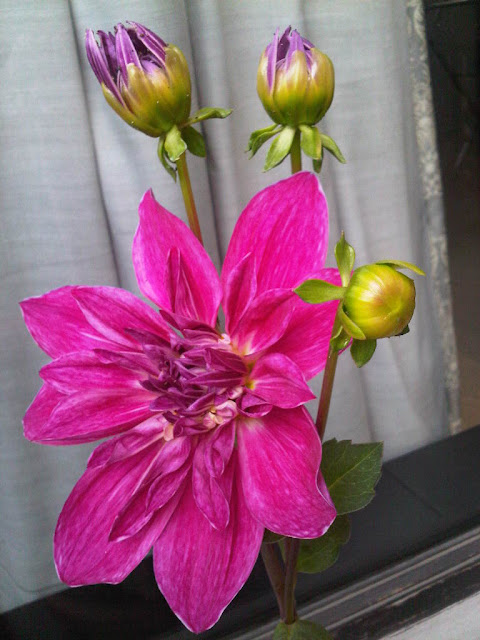 The plants are safer here because I have a view of the balcony from my bedroom. They mostly come early in the morning.
The monkeys almost always come first on my terrace, where they wreck havoc. They leave behind broken flower pots and uprooted plants. 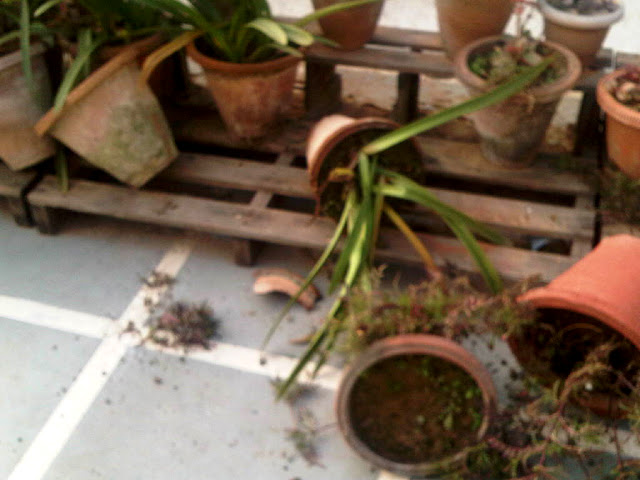 Now, as soon as we hear the commotion on the terrace, we run out to the balcony, armed with sticks, brooms and the like and try to make noise while waving the sticks wildly in the air! This prevents them from venturing near. This balcony is nearer so we are able to get there in time. We have noticed, that once the monkeys are already on the balcony it is very difficult to make them go away because they are rather aggressive. The trick is to scare them away before they come near!
The Dahlias are almost done now. Just a couple of buds to be seen. I hope they flower....
Posted by Sujata at 9:23 PM 6 comments: