I know this post is extremely delayed but I've been busy with another passion of mine! But more about that later. For now, lets talk about the Petunias that grew from the seeds that I saved from last year's crop. As you can see below, they are quite pretty. I was rather proud because I had gathered the seeds myself! 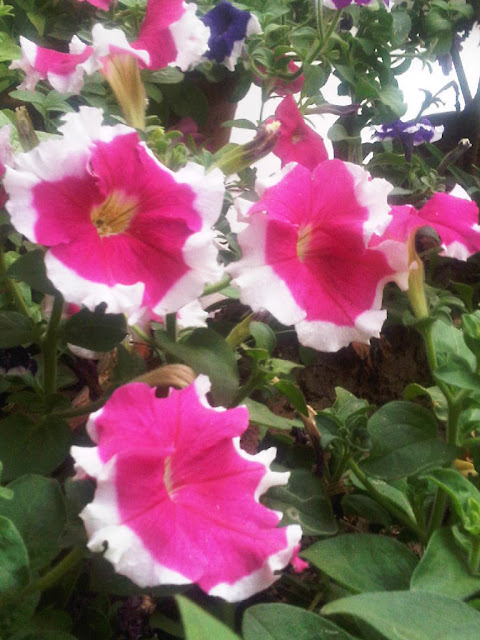 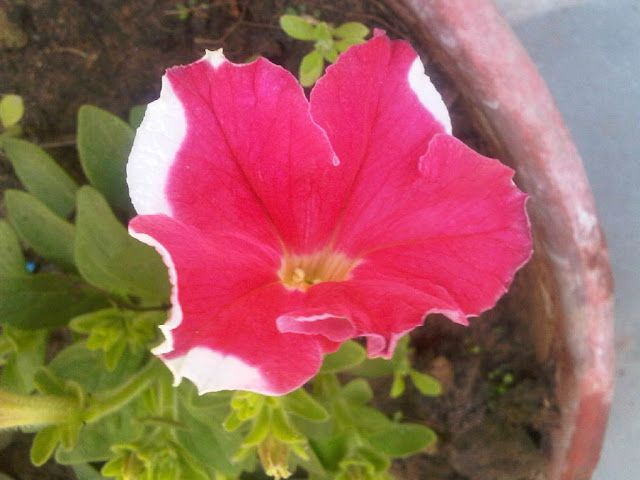 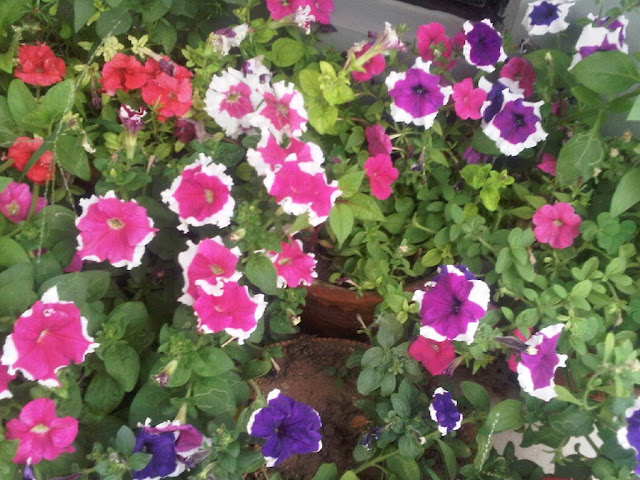 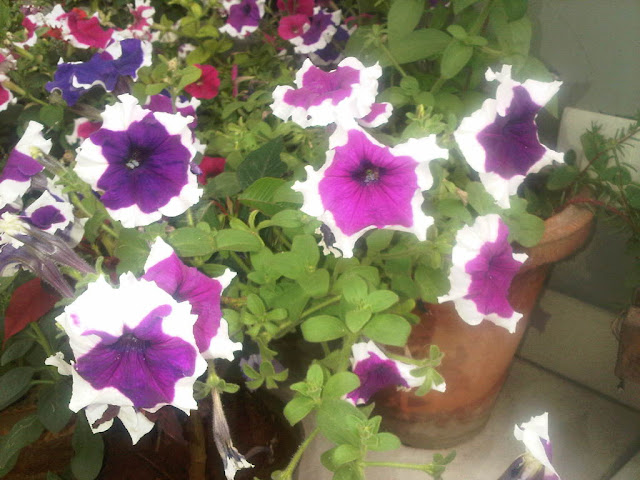 A couple of observations-There were some new colors this time around. The lighter purple (picture above) was a new development. Also, some flowers had a very faded color, like the pink ones in the picture below. So even though the colors were a little different from last year overall I would say they were beautiful! 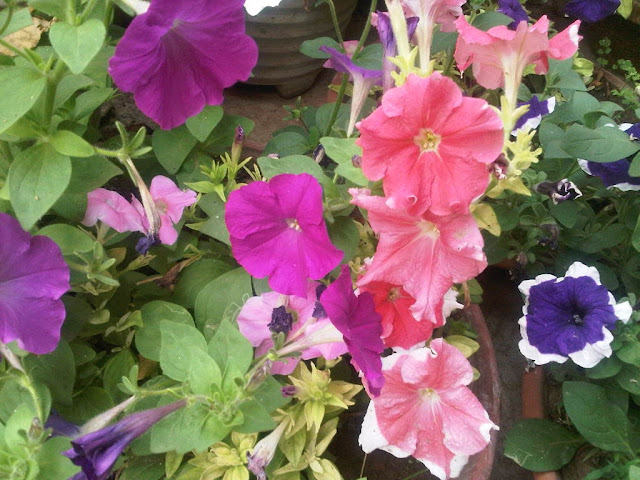 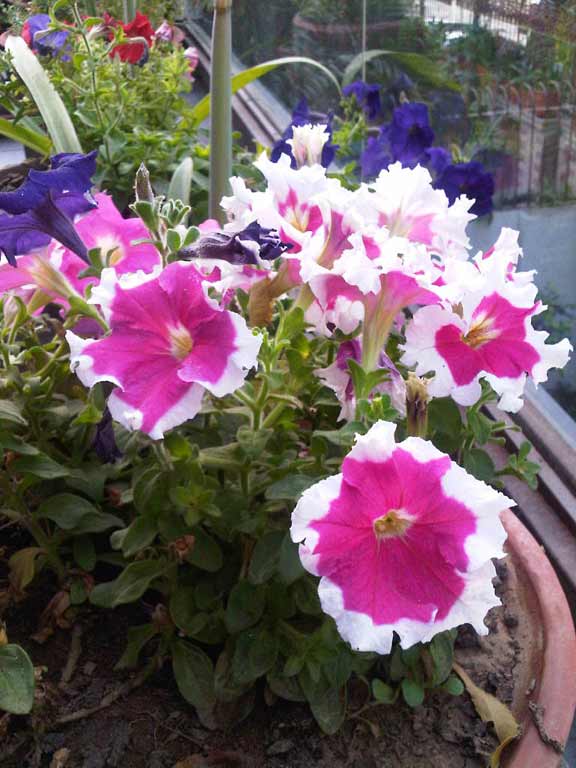 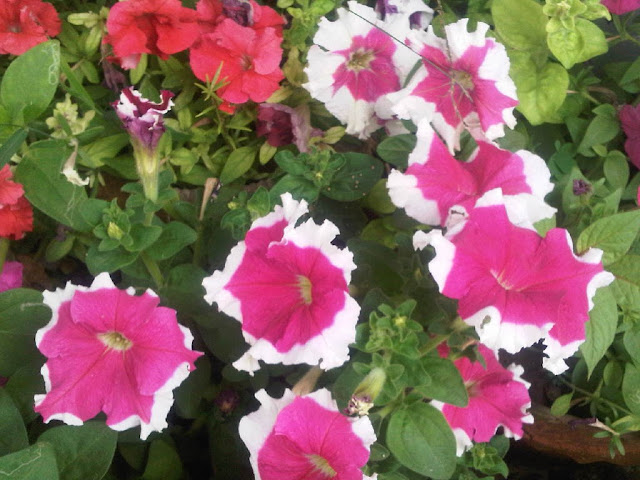